Festivities  and attractions in Hermanus 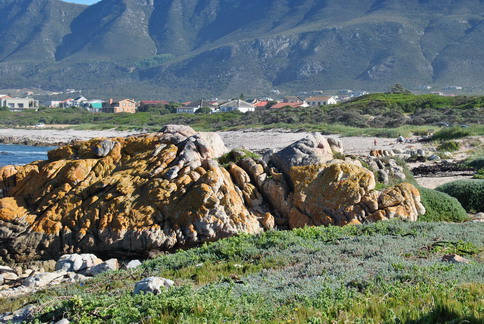 The Hermanus Whale Festival celebrating its 20th year as the only enviro-arts festival in South Africa, "puts the creatures of the deep on stage and under the spotlight alongside top performers and musicians from 28-30 September 2018"

The arrival of the Southern Right Whales at the Hermanus Times Kalfiefees. This years Kalfiefees ("Calf Festival") festival takes place from the 9th - 12th of August in Hermanus, incorporating national Women's Day which is on 9 August.

A variety of productions and festivities are planned to suit all ages.


Also for the nature lover is lovely walking paths along the coast from Sandbaai to Vermont as well as Fernkloof and Walker Bay nature serve with lovely paths to walk your dog/s. All a stone throw away from Barking beach cottage.

copyright © 2011-2016. www.barkingbeachcottage.com All rights reserved. No part of this web site may be copied in any form as it is copyright protected without written permission from the owner. Even though we do try to keep this web site up to date as often as possible slight changes in our service or products may vary from time to time.